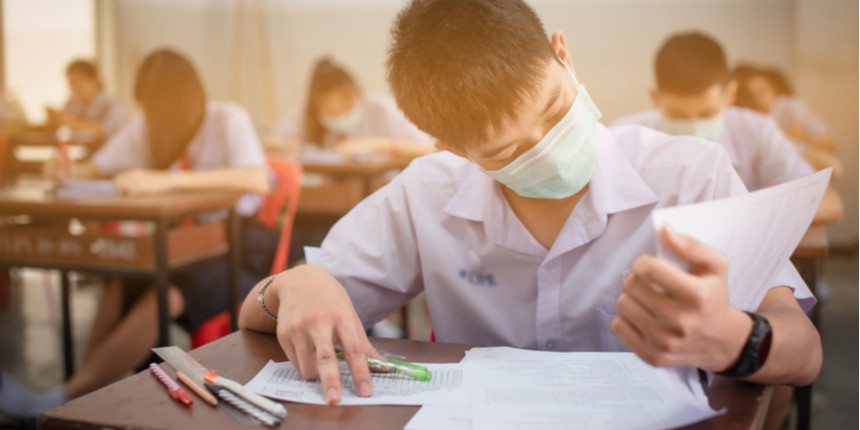 The Union Public Service Commission will establish the 2021 NDA Eligibility Criteria in the official NDA notice. On September 24, 2021, the NDA 2021 application form was reopened for female candidates. Both male and female applicants can submit for the NDA written test on November 14, 2021. Moreover, Women candidates are not required to pay the NDA fee as per the law passed by the Supreme Court.

In order to appear for the NDA exam, applicants must meet certain physical fitness and educational criteria. Applicants must ensure that they meet all of the NDA eligibility criteria before completing the NDA application form. If the curriculum is not finished and it is time for exams; Candidates can refer to the NDA syllabus, which discusses all important topics in summary form. In this way, candidates do not have to consult several books and can complete the curriculum in no time.

Kush Kalra has submitted a written motion to the Supreme Court for the approval of the NDA for women in 2021. The petition opposes the violation of articles 14, 15, 16, and 19 of the Constitution of India by not making the desired candidates the NDAs. be admitted.

In response, Judges Sanjay Kishan Kaul and Hrishikesh Roy issued a court order that the NDA allows female candidates in 2021. Decisions on specifications such as age criteria, type of training, admission strength, training standards, as well as medical and physical standards, are made by the Ministry of Defense.

Apart from that, the candidates would be assigned a separate physical infrastructure and houses with strict physical separation, including separate toilets, facilities for swimming, horse riding, playing games, and sports.

All applicants must meet the nationality criteria to be eligible for the application. To be eligible, a candidate must be  one of the following:

A PIO (Person of Indian origin) is a person who emigrated from the countries listed below with the intention of permanently settling in India. Citizens of the following countries are included in this category, such as Pakistan, Burma, Sri Lanka, East African countries Kenya, Uganda, the United Republic of Tanzania (formerly Tanganyika and Zanzibar), Zambia, Malawi, Zaire, Ethiopia, Vietnam.

It is important to note that only candidates born no earlier than July 2, 2002, and no later than July 1, 2005, are eligible  for Exam

For NDA 2 2022, candidates must have been born between January 2, 2004, and January 1, 2007. Married candidates cannot apply for the NDA exam. The date of birth indicated on the application must match the data entered on the enrollment or high school certificates. In summary, candidates must be between  16.5  and 19.5 years old to be admitted to the exam.

Note: Any candidate selected after passing the exam must agree not to marry for the duration of the training. Failure to comply with this condition would result in the candidate’s expulsion from the  NDA. In addition, you must be reimbursed for all fees incurred by the government.

The educational requirement for NDAC

Academic qualifications vary slightly depending on the position the candidate has applied for. The details of the educational qualification for various positions are given below:

Please note that candidates studying in grade 11 are not eligible to take the NDA exam. Candidates who have previously failed INSB / PABT are not considered eligible for recruitment into the Air Force, Indian Army, and Indian Navy. Applicants who are currently studying in class 12 at the time of application must provide evidence that they have passed the exam in due time. Requests to extend the expiration date will not be considered under any circumstances. It should also be noted that candidates who have been banned by the Department of Defense will be considered ineligible for the exam.

The candidate must not have any of these minor medical conditions at the time of the medical examination:-

The candidate should ensure that permanent body tattoos are only used on the inside of the forearm. UPSC will not accept under any circumstances tattoos on the inside of the elbow to the wrist and on the back of the palm/back (back) of the hand. Permanent body tattoos are also not allowed on other parts of the body. If the candidate belongs to a tribe where tattoo marks on the face or body are common, admission will be granted on a case-by-case basis, taking into account the respective traditions. The authorities’ decision would be final in such cases.

Those who are not eligible for NDA:

Read Reviews Before You Invest In Forex Trading

How To Get A Liquor License In Florida? Check This Guide!